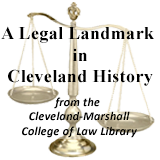 The Judicial Conference was held on March 31, 1960, the Saturday following the oral argument. The Justices unanimously agreed that Ohio's anti-obscenity statute should be overturned; however, the Justices' rationale for overturning the statute varied.

Although Attorneys Kearns and Berkman had mostly cited the Fourth and Fourteenth amendments, the Justices focused on the First and Fourteenth Amendments – noting that the Ohio statute was overly broad; and thus, infringed on Mapp's free speech. The Court reasoned that mere possession of obscene materials, without any evidence that the possessor intended to disseminate those materials, "impermissibly deters freedom of belief and expression, if indeed it is not tantamount to an effort at thought control." Memorandum from U.S. Supreme Court Justice John M. Harlan to U.S. Supreme Court Justice Tom C. Clark (May 1, 1961) (electronically available from the Tarlton Law Library, Jamail Center for Legal Research, at the University of Texas at Austin).

During the conference, Justice Douglas suggested that the Fourth Amendment arguments could be used to overturn Wolf. Justices Brennan and Warren agreed, but since there was no majority on that issue, the matter was dropped. (There has been speculation that Justice Frankfurter may have been reluctant to revisit Wolf because he authored the majority opinion for that case.) Chief Justice Warren assigned Justice Tom C. Clark to write the majority opinion for Mapp v. Ohio, 367 U.S. 643 (1961).

Immediately following the Judicial Conference, Justices Clark, Black, and Brennan held an impromptu "rump caucus" in an elevator. They revisited the idea of using Mapp to overturn Wolf, which would cause the exclusionary rule to apply in all states. If Justice Black agreed, with the support of Justices Clark, Brennan, Warren, and Douglas, they would have the majority required to overturn Wolf.

Justice Clark wrote several drafts of his opinion. There is evidence in his personal papers of some wavering about whether or not Wolf should be overturned.

A year passed before the final decision was handed down on June 19, 1961. Justice Clark's majority opinion reversed the decision by the Supreme Court of Ohio, with concurrences by Justice Black and, separately, Justice Douglas. Justice Harlan, joined by Justices Frankfurter and Whittaker, dissented.

Having once recognized that the right to privacy embodied in the Fourth Amendment is enforceable against the States, and that the right to be secure against rude invasions of privacy by state officers is, therefore, constitutional in origin, we can no longer permit that right to remain an empty promise. Because it is enforceable in the same manner and to like effect as other basic rights secured by the Due Process Clause, we can no longer permit it to be revocable at the whim of any police officer who, in the name of law enforcement itself, chooses to suspend its enjoyment. Our decision, founded on reason and truth, gives to the individual no more than that which the Constitution guarantees him, to the police officer no less than that to which honest law enforcement is entitled, and, to the courts, that judicial integrity so necessary in the true administration of justice. The judgment of the Supreme Court of Ohio is reversed and the cause remanded for further proceedings not inconsistent with this opinion.

In October 1961, the Supreme Court of the United States denied a petition submitted by the National District Attorneys Association requesting a retrial.

Mapp became a landmark case because "in an instant, the Supreme Court imposed the exclusionary rule on half the states in the union."1. In addition to changing the way state courts handled evidence in criminal trials, the outcome of Mapp v. Ohio significantly affected police activities throughout the country. Indeed, "the [Mapp v Ohio] decision sparked the Warren Court's criminal due process revolution. It was the first in a number of decisions where the Supreme Court nationalized guarantees in the Bill of Rights to regulate police conduct and protect the rights of the criminally accused." Id. at 109. The application of the exclusionary rule on the states continues to be a polarizing topic among those who believe Mapp limited the investigative power of the police, thereby threatening public safety; and those who think that Mapp served to guard the rights of individuals against the unchecked power of law enforcement.