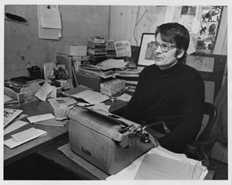 Roldo has continued to express his own point of view in other Cleveland publications. Interested parties can read past articles in Cleveland Edition, the Free Times, and CityNews.

Roldo never created Point of View or columns for alternative papers to gain notoriety. He felt that "seeking awards could tend to determine how and why one did his or her work, rather than the work itself." Nonetheless, his work has been honored, and he has accepted several awards that were given without his entering his work.