Who is Roldo Bartimole?

Cleveland Magazine called him "the poor man's Tom Paine." John Wicklein in the April 1, 1993 issue of Progressive referred to him as "Cleveland's Gadfly." Whether you consider him to be Cleveland's conscience or "Cleveland's curmudgeon," from 1968 to 2000 iconoclastic journalist, Roldo Bartimole, rocked Cleveland's political boat with his biweekly newsletter, Point of View. 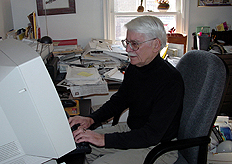 Roldo "relentlessly exposed not only the machinations of Cleveland's ruling class — the politicians, the corporations, the real estate interests, the fourth estate — but also the city's charities, foundations and labor unions." ("Cleveland Conscience" 6) "Notorious for typos and factual errors, Point of View had a following of 750 devoted subscribers." (Kuznik 11)

Starting out as a conventional reporter in Bridgeport, Connecticut in the 1950s, Roldo went on to work briefly for the Plain Dealer, and then for the Cleveland bureau of the Wall Street Journal. Inspired by Michael Harrington's book, The Other America: Poverty in the United States, he found himself increasingly frustrated by the agendas of editors "who could never tell the truth about people with power — and never looked at them critically." (Fitzgerald 10) 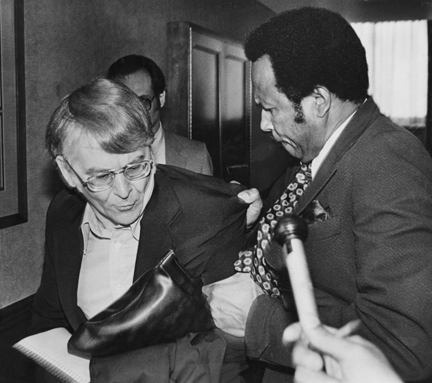 On his 35th birthday, and the day after Martin Luther King was assassinated, Roldo quit his job with the Wall Street Journal because he found it, as he said, "impossible for me to remain a neutral observer."(qtd in "Cleveland Conscience") Two months later, the first issue of Point of View appeared.

On his website, League of Fans, Ralph Nader wrote of Point of View:

While the waves of myopia, indentured status, titillation and trivia continue to advance on the media, the maverick newsletter by Cleveland's Roldo Bartimole gives some of us in Washington a respite.

His monthly Point of View (POV) punctures the balloons of the city's political surrender to corporate fat cats who shake down the Mayor and City Council for huge tax escapes draping their Stadiums, Arenas, Galleries and other baubles built on the backs of tenants, homeowners and small business.

Although not in it for recognition or awards, Roldo's brand of muckraking has earned him several honors, most recently an induction into the Press Club Hall of Fame in 2004.

Roldo has continued to express his own point of view in other Cleveland publications. Interested parties can read past articles in Cleveland Edition, the Free Times, and CityNews. After 50 years as an independent journalist, Roldo Bartimole announced his retirement on February 12, 2018 as reported by Sam Allard in Scene Magazine.